Despite my years of connection-based parenting, I still sometimes forget this. And it came up twice for us last night!

But when it came time to watch, my son said he didn’t want to watch that, he wanted to start a different movie.

I was a bit annoyed. I was looking forward to watching the rest of the movie and seeing what happened.

He didn’t offer any reason for not wanting to watch the movie we’d already started. And I wasn’t thinking very clearly, tired after a long day.

Although I wasn’t fully aware of it at the time, I’m sure I had some negative thoughts going on about him and his resistance, like “he always has to have it his way”, or “why does he have to be so difficult?”.

👉 I was judging him, rather than considering what might be going on for him, specifically, what his behaviour might be communicating about his feelings and needs.

Well, in the end, he did, perhaps reluctantly, agree to return to the movie we’d started.

It was only after a couple of minutes of watching that I remembered that he’d mentioned earlier that he’d found parts of the first half of the movie quite scary!

I said to him, “I’m just remembering that you said you found the movie a bit scary last night. If you’d prefer not to watch it, that’s okay, we can put something else on.”

He decided to keep watching, and snuggled in close between me and his step dad.

I let him know that if it was getting too scary for him, he could let us know, and we could turn it off or fast forward it.

It turned out that he didn’t find the second half so scary. Although he did finding the ending sad. 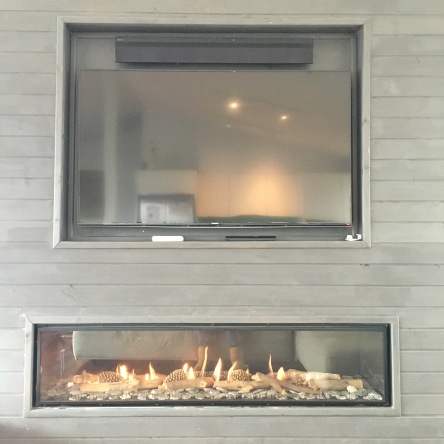 Once the movie had finished, he started asking to watch something else on his iPad.

Here’s where I had those negative thoughts start up again! And, again, he didn’t explain why he wanted to, but I didn’t really probe either!

👉 I wasn’t really open to hearing his perspective. I was stuck in judgement of him and focussed on my own need for rest!

👉 He was getting insistent and angry, using harsh words. (This kind of behaviour is usually a flag that there are big feelings underneath.)

👉 And when behaviour escalates, it’s a good sign that we aren’t really listening. That the child is subconsciously making their behaviour bigger and louder to try to be heard.

I set a loving limit on watching another film, mostly because I was tired and wanting us all to get to bed!

I empathised that he was really wanting to watch something else, but said that I wasn’t willing for him to do that tonight.

I offered him my warm attention, and after a few more angry words from him, I was surprised when he started to tell me more about how sad he had found the ending.

I listened as he talked about why it was so sad for him. I acknowledged his feelings and offered him understanding around why he had found it so sad.

👉 I realised that he had probably been wanting to watch something else on his iPad because he was uncomfortable with the sadness he was feeling around the ending of the other movie! 😮

I guessed that he had wanted to distract himself from those big feelings. I checked that out with him later, and he said, yes, that’s what it was.

Afterwards he was much calmer, and got ready for bed without too much difficulty.

And this morning he reflected on how he was still sad about the ending, but that he could see the positive in it too.

If I had been a bit more on the ball last night, I could have invited more information from my son when he’d first said he didn’t want to watch the second half of the movie.

🌻 I could have become present with him, instead of carrying on with my activity.

🌻 I could have listened, rather than judging him.

🌻 I could have set my own feelings aside long enough to consider his perspective.

Then, if he was able to say what it was, we could have worked together to find a solution that met everyone’s needs.

For example, if he really didn’t want to watch it, I could have watched it another time!

And as my wise hubby commented, kids (especially younger ones) won’t always be aware of the reasons behind their resistance or insistence! 💕

😍 I do think it can be helpful to ask them anyway, and give them space to share anything they do know about how they’re feeling or what they’re needing.

😍 And if they can’t come up with an explanation themselves, we can make an educated guess about what they might be feeling or needing, and check it out with them.

😍 And if we still can’t get to the bottom of it, I think it helps to remember that there is always a reason for the behaviour, even if we don’t know what it is!

Usually, it’s some uncomfortable feelings and/or unmet needs. And so they deserve our kindness and support anyway, and our best attempt to meet their needs.

Click here to receive my latest posts, upcoming events and other relevant updates in your inbox!