“You all look so happy” commented a friend underneath this photo I had posted on Facebook.

I wanted to tell her that it hadn’t been that way just a few short minutes earlier.

My son hadn’t wanted to stop at the waterfall and walk the short distance to view it. When we got out of the car, he was annoyed with his step dad about something and was acting as if he was going to hit out at him.

Fortunately, I felt resourced enough for some play. I darted around in front of him with my arms out (think netball defence position) acting as a human shield for my hubby, and hubby took the opportunity and raced off down the path.

My son was in hot pursuit, and before you know it, we were all running down the path laughing, my husband running in a particularly awkward and comical manner, making use of some power reversal. 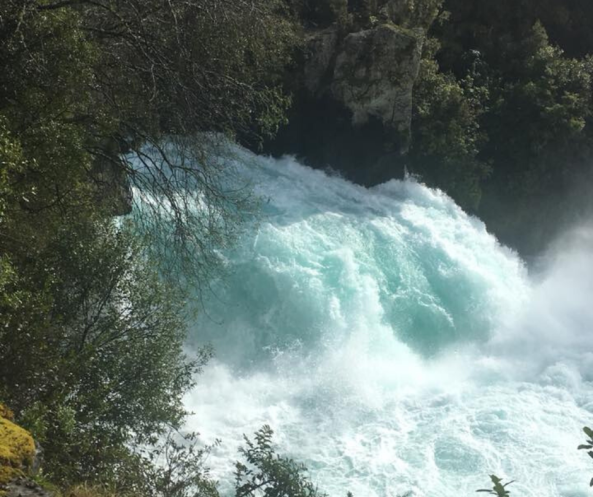 This playful act literally turned everything around in a few seconds. The irritability and aggression evaporated almost instantaneously, and soon we were admiring the waterfall and taking silly photos.

The alternative, of my husband or I getting harsh or lecture-y with my son, would undoubtedly have led to a much less enjoyable outcome. But this way, we all ended up feeling connected, having some fun, and feeling satisfied that we’d got to see this awesome thundering waterfall!